Winter 2014 Gulf Coast near St Petersburg and Other Places 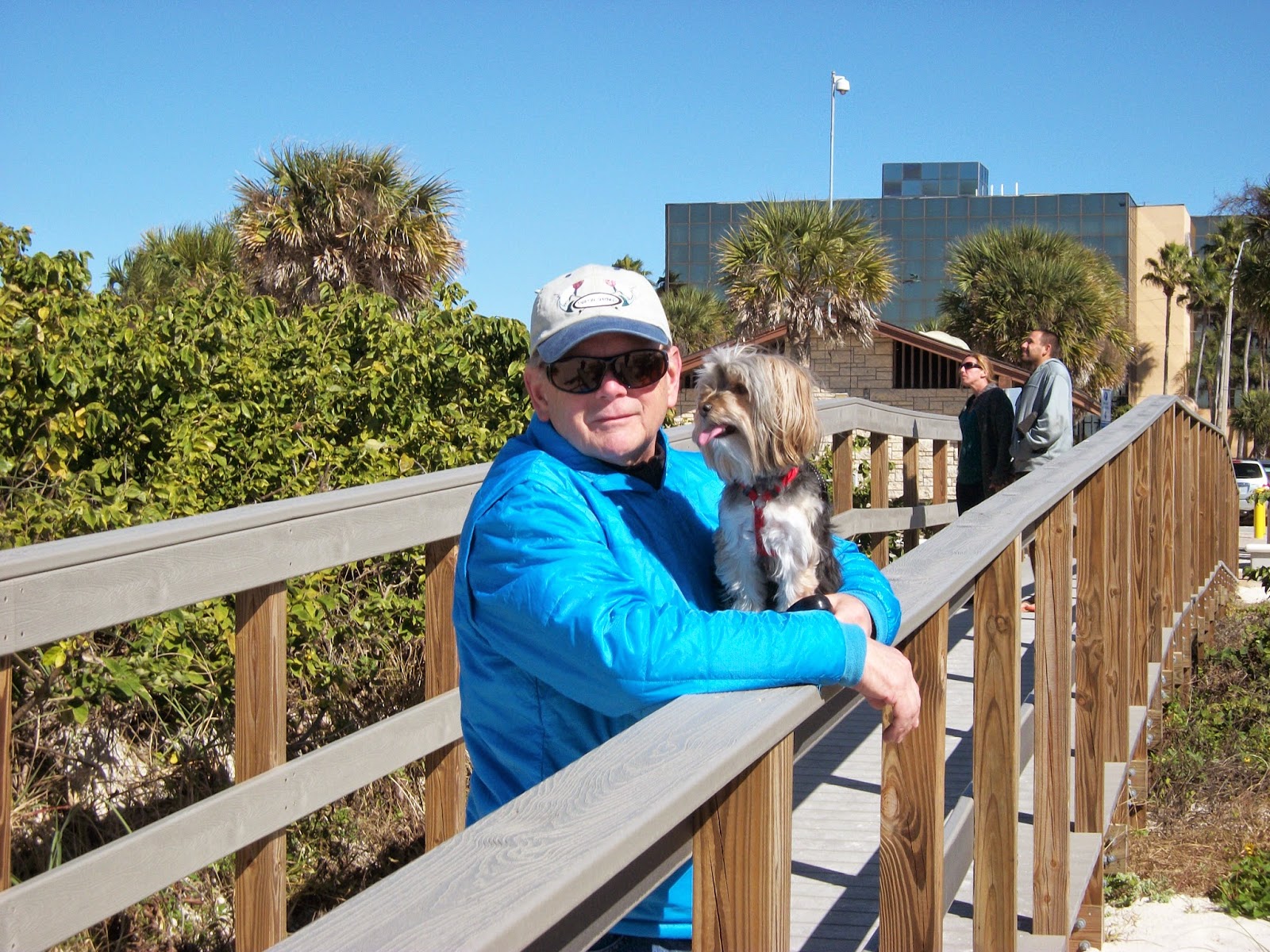 FIRST, THE GOOD NEWS: It looks like we have our boat - an Irwin 43.  More about this later.

Here we are this winter in St. Petersburg and it is cold.  Abby & I are at the beach on Treasure Island where it is sunny and cold but the kites are flying at the annual event.  The blue jacket came from West Marine because I was freezing and had no cool weather clothing.

We have spent most of the winter looking at boats.  First in the Keys and later in north east FL near Jacksonville.  However, in early February we went to the Hamcation in Orlando but it was rainy, cool and overcast except for the last day.  We had the camper so we were snug and warm and it was not a too bad experience.  I could go on and on but the best purchase was a green laser pen that is very bright and you do not want to look at it for the real possibility of retinal damage.

After Hamcation we started planning for the trip to The Keys and Miami.  First was the keys where we stayed with friend Steve.  This year we actually got tans and spent hours in the sun on Steve's ocean front 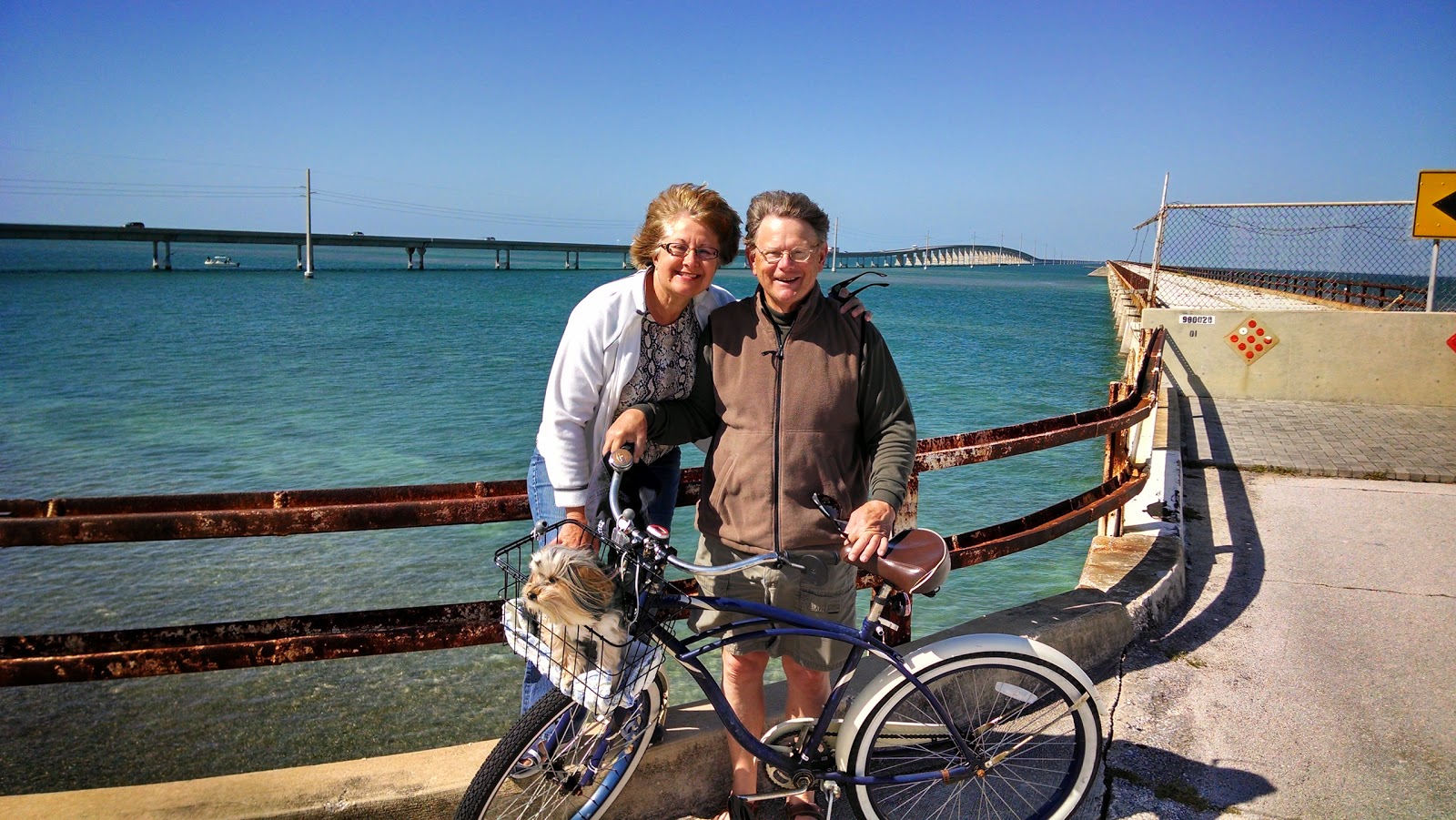 property.  The weather co-operated and we rode our bikes on 7 mile bridge out to the key and back several days, found a fresh seafood place north of Marathon and generally had a good time talking with Steve for a week.  It did not get old and we saw a lot of Marathon this year so we are glad we came down and that Steve invited us to be a guest in his backyard for a week.The picture shows us on Seven Mile Bridge near the end fence.  It is a 2 mile ride out and 2 miles back: Notice our hair blowing!  Well, we had to ride back in a 15 kt wind and let me tell you it is a struggle to peddle a cruising bicycle against that wind. 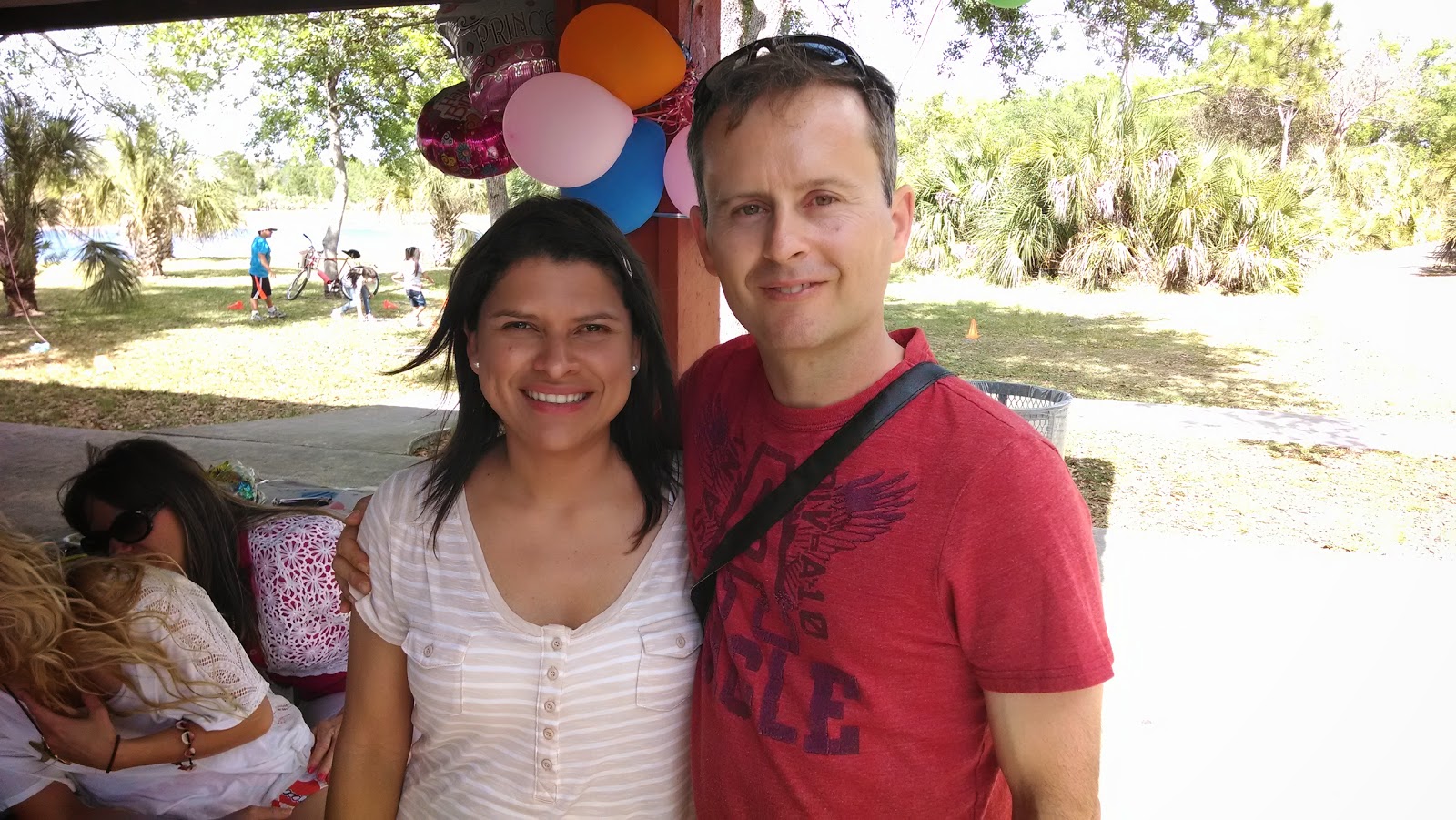 After we left Marathon we drove directly to Larry & Penny Tompson Park on 184th Street in Miami.  We were there to help Roger celebrate his daughter's first birthday Latino style.  As luck would have it the event was in the same park where we were staying so we could bicycle over the 2 miles±.  Good people, good food and a great family - we are glad to know them.  The three days passed quickly and soon we were on the way back to St. Petersburg.

Back in St. Pete we finished the yard work and pool cleaning and misc other home duty and prepared top 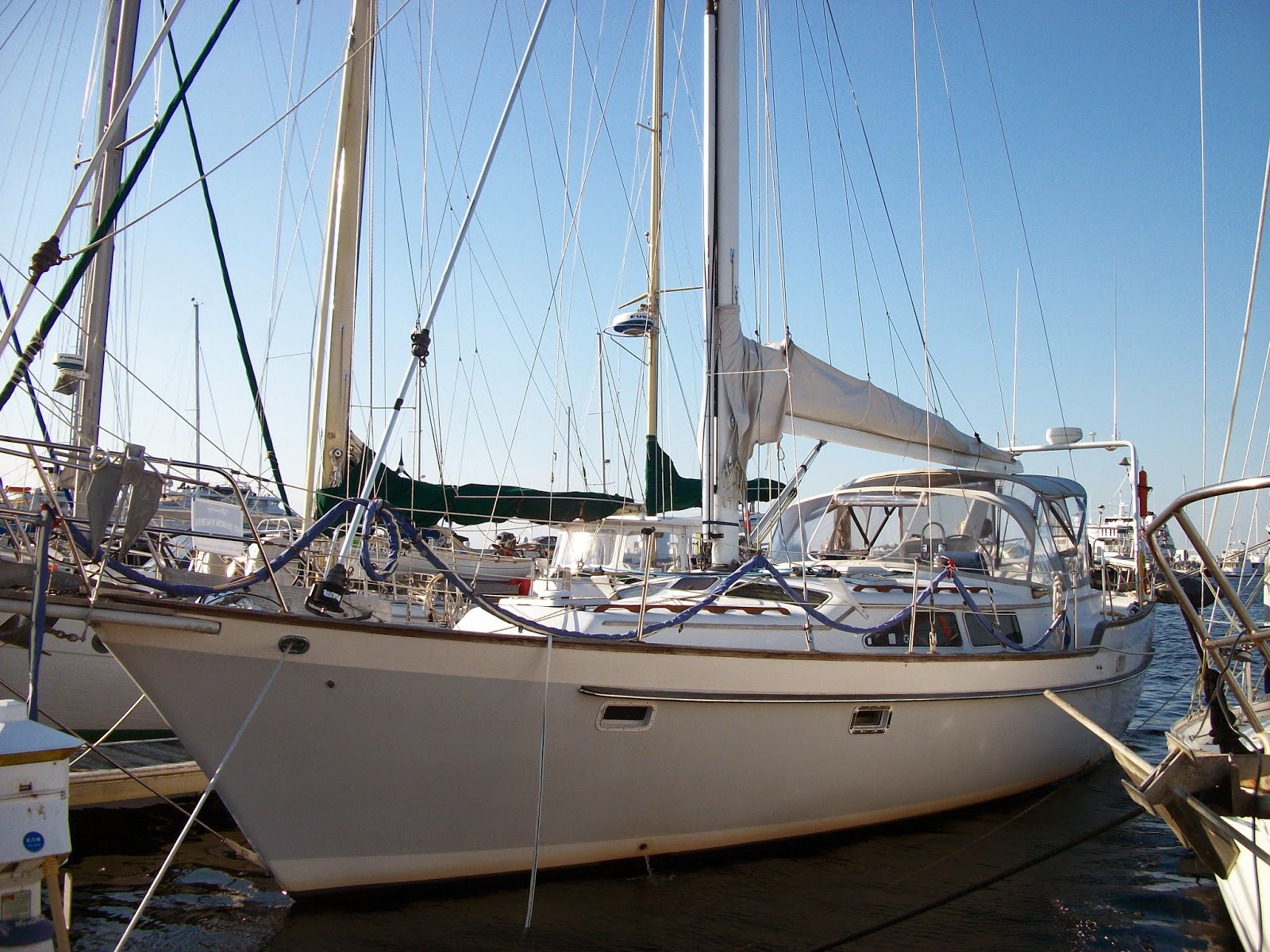 go to Green Cove Springs to look at a Whitby 42.  Upon arrival the broker was there just before us (we had stayed in Starke at the Days Inn just to be close).After a quick inspection of the hull, we climbed aboard as she was on the hard, and settled in the cockpit for a look see.  While a nice boat, we quickly decided she was not the boat for us.  The broker was asked if he had another boat nearby since we had driven such a long way.  Sure enough, he had an Irwin 43, so we asked to look at her.  I liked the lines and rig of the boat right away but she looked a little forlorn without sails on the rather dreary day.  I stayed in the cockpit and SAM went below with the broker.  She liked it below!  The rest is history but we ended up making and offer that was accepted.  Now comes the sea trial and survey in May. At this point I have contacted a Surveyor and the check is in the mail.

We have been to GCS twice now and spent some time there on the way back to Indiana in early April.  We met the current owners and they were great to be with.  We had a chance to bicycle around, eat out a few times and generally tour the wharf area.  Not the ritz but a place where real people live, work and play.  Interestingly, the actually build pretty big ships here.  I will try to post some pictures here to end the missive. 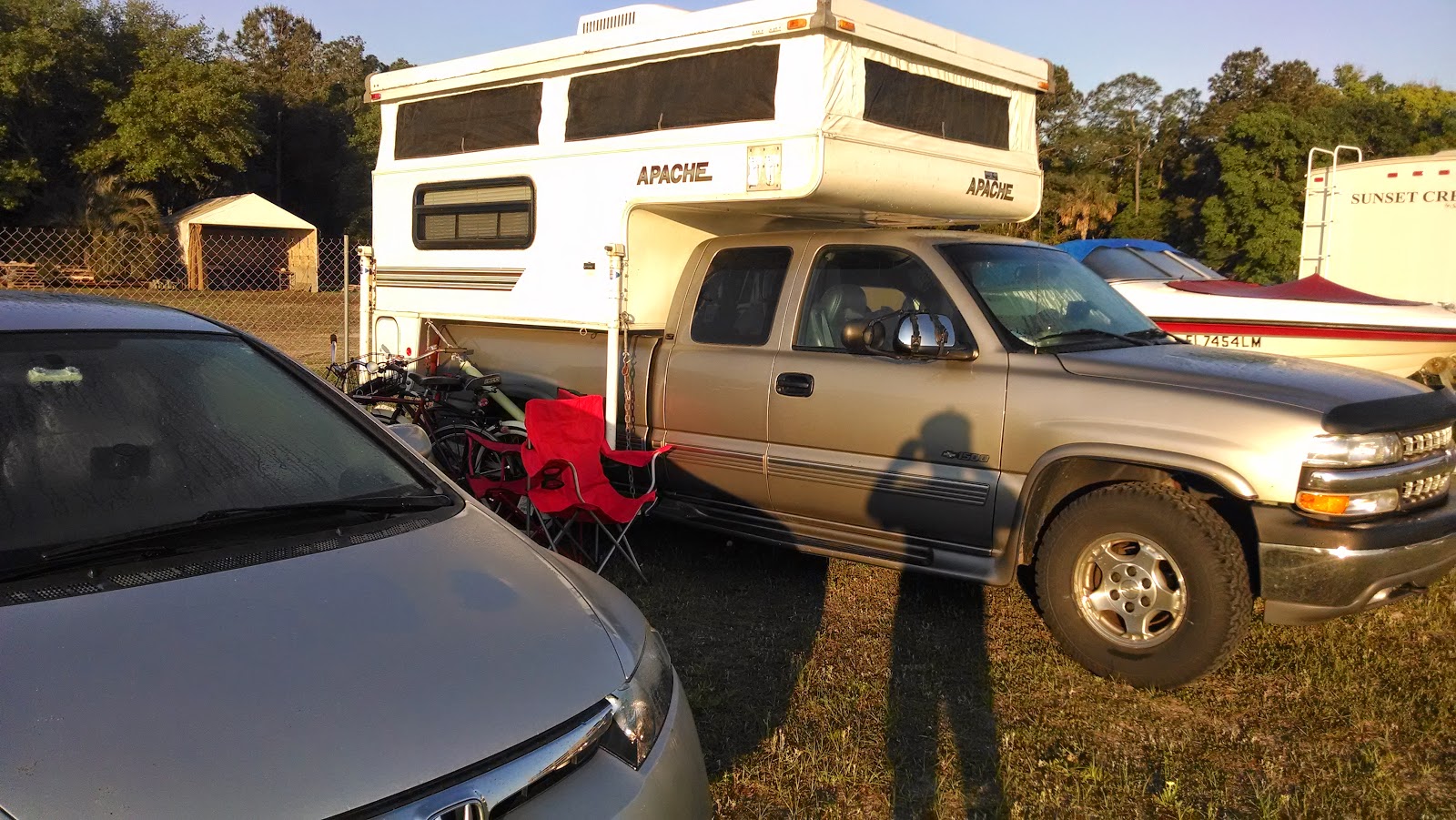 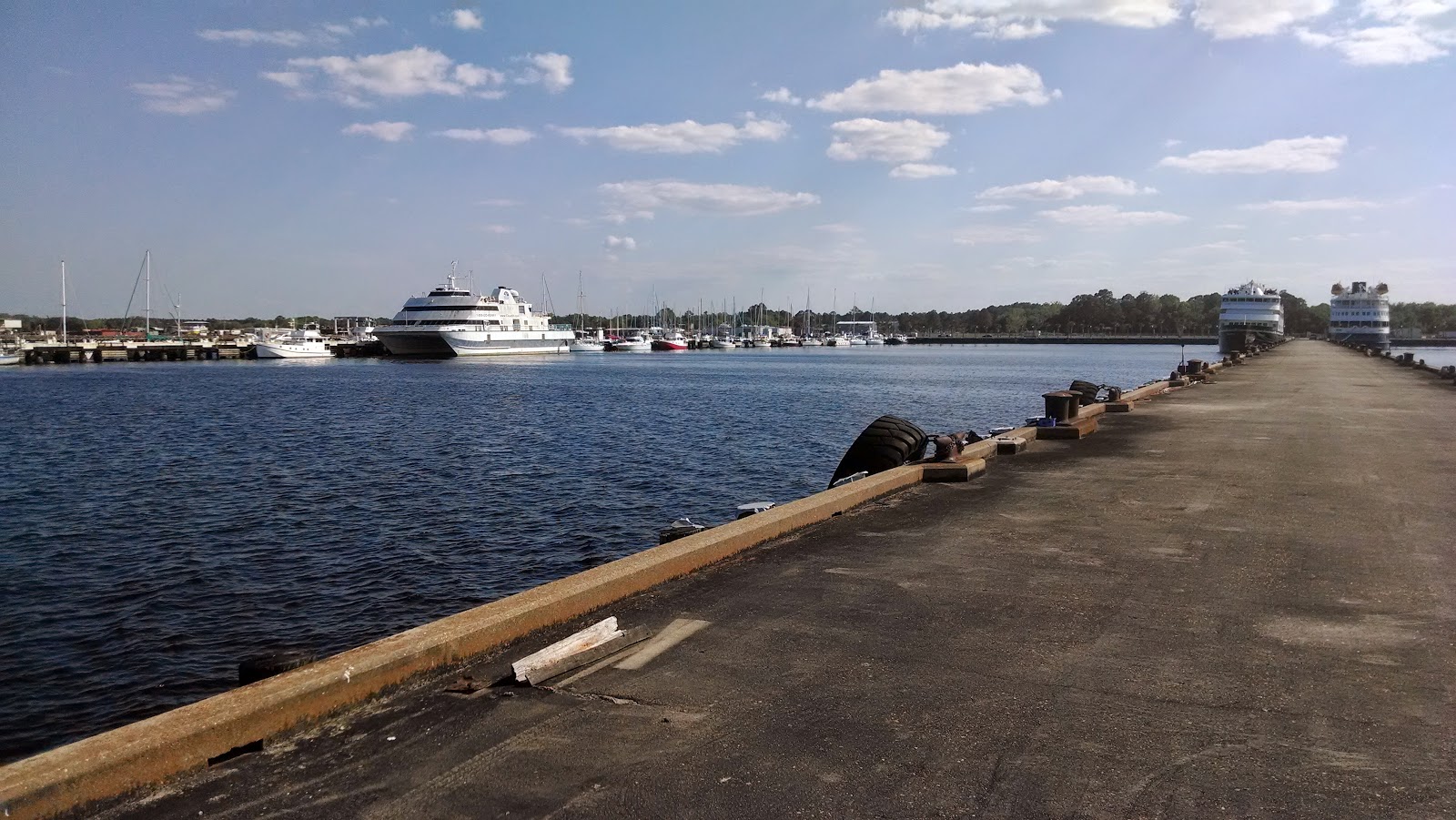 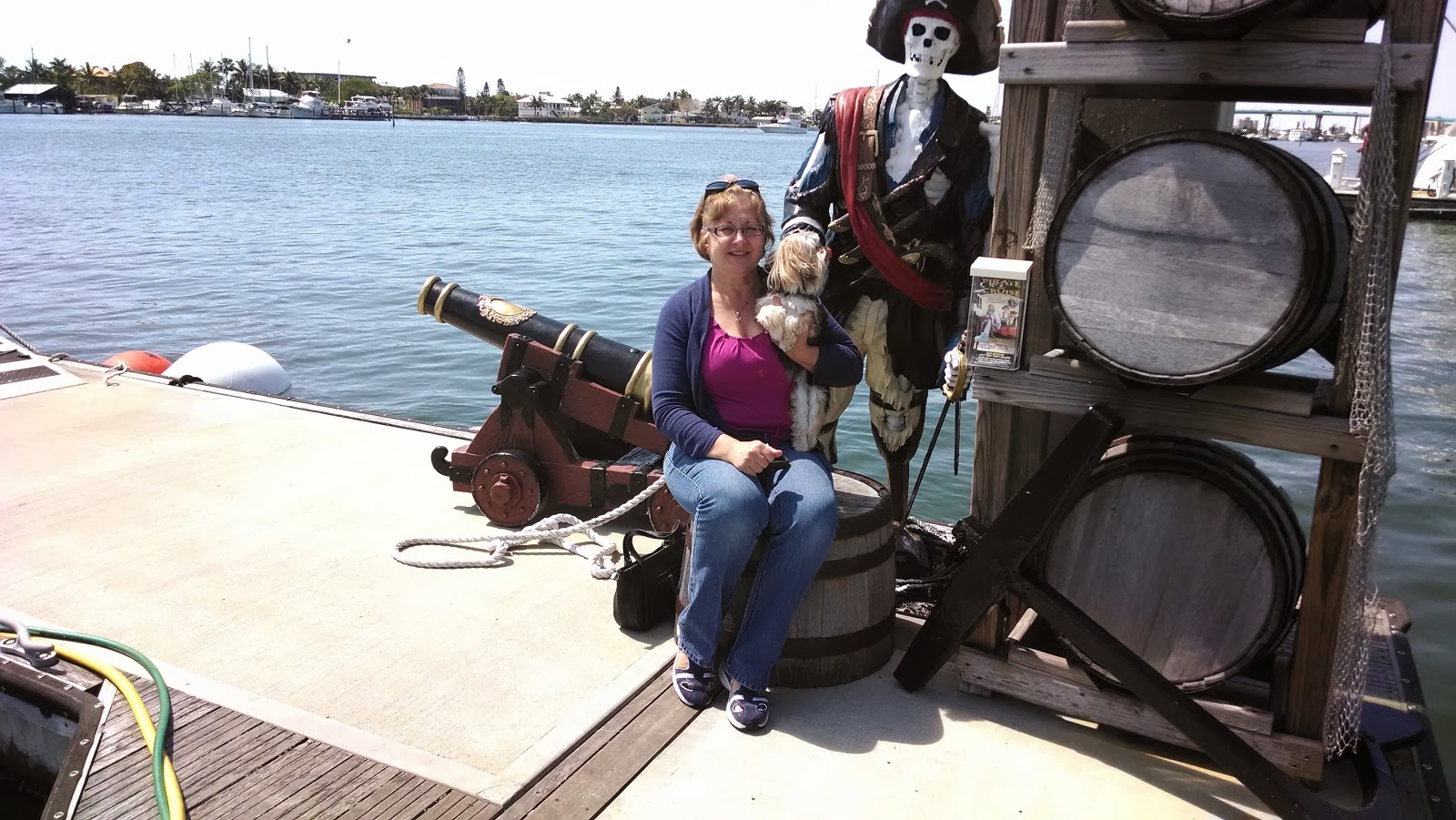